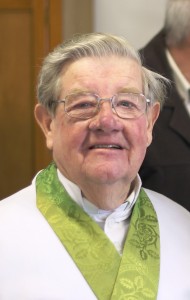 Owen has had a varied career, serving as parish priest, school chaplain and Regional Officer for the Bush Church Aid Society, at first in the Diocese of Sydney and then in the  Diocese of Adelaide.

Since retirement he has acted as locum in several parishes in Adelaide Diocese as well as in the Diocese of The Murray. However he is always happy to spend time at home in Callington with his wife Hilary.